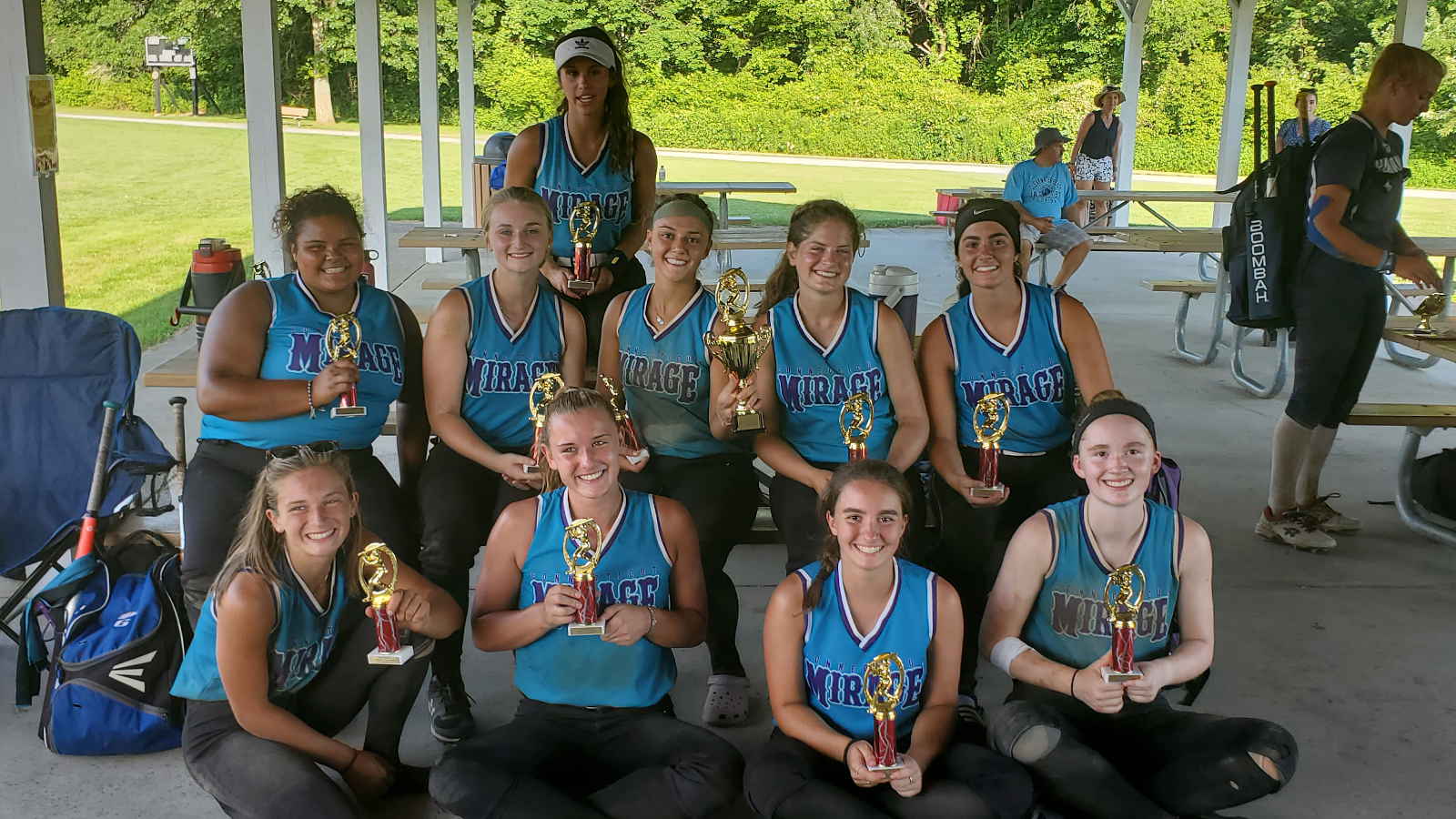 The Mirage 18U team overcame a Saturday morning loss to win four in a row and capture the Stealth Summer Challenge Tournament. After winning its second Saturday game 12-0 against the Ct. Tides, the Mirage were seeded 5th in the 10 team tournament. On Sunday, the Mirage beat the 4-seeded Lady Knights 4-1 and then defeated the 2-seeded Stealth 9-6 in the semi-final. The Mirage trailed the number 1 seed Ct. Hurricanes Gold (to whom they lost on Saturday) 5-3 after 6 innings in the championship game. Scoring two runs to tie the game in the top of the 7th, the Mirage sent the game into the International Tiebreaker. The Mirage scored two runs in the top of that inning, and held off the Hurricanes in the bottom of the inning to win 7-5 which secured the Mirage team’s 3rd straight championship in the Preston/Norwich tournament. 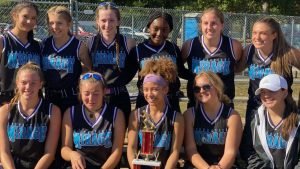 CT MIRAGE STILL HAS A FEW OPENINGS FOR ITS NEW 10U & 12U TEAMS FOR THIS COMING SPRING. PLEASE CONTACT COACH DAVE AT MIRAGESOFTBALL@YAHOO.COM IF INTERESTED. 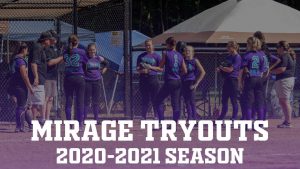 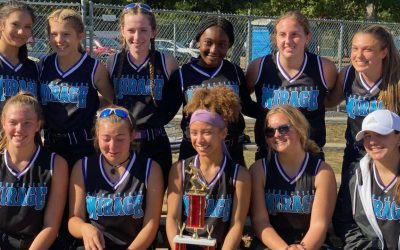 The CT Mirage 16U (Bornstein) won the Thunder Brawl in Rehoboth, MA. 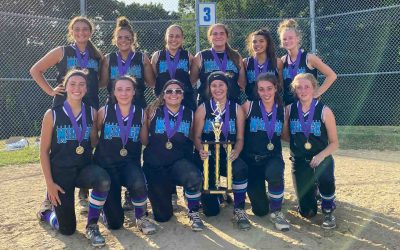 Congratulations to the CT Mirage 16u (Lagace) for winning the 5th annual Annie “99” Olender tournament in Southington. 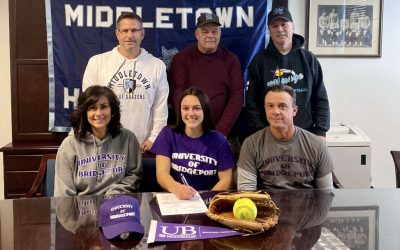 MIRAGE 16U TEAM LOOKING FOR A PITCHER!